HIV (Human Immunodeficiency Virus) is a virus that damages your immune system so your body becomes less effective at fighting off infection and other diseases. Once you get HIV, you cannot get rid of it. Fortunately, there are antiretroviral treatments which can minimise the amount of HIV in your body and limit damage to your immune system — keeping you in good health. These treatments can also remove the risk of passing HIV on to others during sex. Research for a cure is continuing but is expected to take many more years. 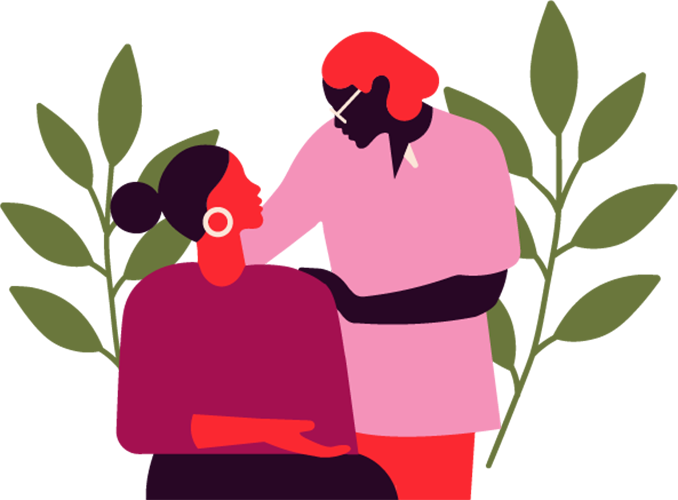 If you don’t take HIV antiretroviral treatments, your immune system can become severely damaged so that you develop serious “opportunistic infections” and diseases that make you feel very ill and can be fatal. A person at this stage is described as having an AIDS-defining  (Acquired Immune Deficiency Syndrome) illness.

As more people are diagnosed early in their illness and take modern, effective treatments, people rarely progress to having AIDS in Australia any more. Even people who are diagnosed late with an opportunistic infection or AIDS-related cancer are generally expected to recover from such illnesses if they are treated effectively.

How HIV affects your body

HIV attacks your immune system by destroying cells which normally fight off infection. The main cells infected by HIV are CD4 cells — a type of white blood cell. Over time, HIV reproduces itself within CD4 cells, creating copies of itself and infecting other CD4 cells. If your immune system becomes immunocompromised, you will be at risk of developing ‘opportunistic infections’ or other more serious illnesses.

After the first few weeks, HIV attacks the immune system more slowly so most people feel well for years. Even without treatment, the average time before clear symptoms emerge is around seven years, but it generally ranges from about two to 15 years. For more info on how HIV effects your body, check out UK charity, Body and Soul’s What is HIV? video.

HIV antiretroviral treatments have dramatically changed the experiences of people living with HIV. A recently diagnosed person who is in the early stages of HIV infection and commences treatment shortly after diagnoses will usually have a life expectancy similar to their HIV-negative peers. However, every person is different so your experience of living with HIV will be based on the interaction of factors including:

It is important that you (and your doctor) regularly monitor your HIV to maximise your current and long-term health. For more information see monitoring HIV.

How is HIV transmitted?

Just because you have HIV does not mean you will infect anyone. HIV is not passed on by hugging, kissing, coughing, touching, or sharing cups or cutlery.

It is not passed on sexually when the person with HIV is on treatment and has an undetectable viral load.

Untreated HIV can be transmitted when the virus enters the blood stream of another person. This can happen when infected fluids are injected (e.g., when sharing needles) or when a significant amount of the virus comes in contact with a mucous membrane (e.g. the cervix through unprotected sex).

HIV is present in:

For transmission to occur, HIV must be present in these fluids in relatively high quantities. The amount of HIV in body fluids varies, which is why HIV is not transmitted through tears, sweat or saliva. Modern HIV antiretroviral treatments also have a major impact. HIV treatments generally decrease a person’s HIV viral load and when they reach ‘undetectable’ the chance of transmitting HIV during sex is removed.  That can have great benefits for a person’s health, while also greatly decreasing their chances of infecting anyone else. See treatments.

There are a number of strategies you can use to prevent HIV transmission through sex. Being on antiretroviral treatment and maintaining an undetectable viral load is the most obvious. Some people feel safer also using (male or female) condoms. For more information see safe sex. HIV cannot be transmitted if each person uses a clean needle and syringe to inject drugs.

HIV can also be passed from mother to child through pregnancy, at delivery or through breastfeeding but there are a range of interventions to prevent transmission. Mother-to-child transmission in Australia is rare. When it has occurred, it has usually been because the mother was not diagnosed during pregnancy so interventions were not applied (For more information see having children).