Recent research has found that if the mother is on HIV antiretroviral treatment and has an undetectable viral load, the risk of HIV transmission through breastmilk is very low. 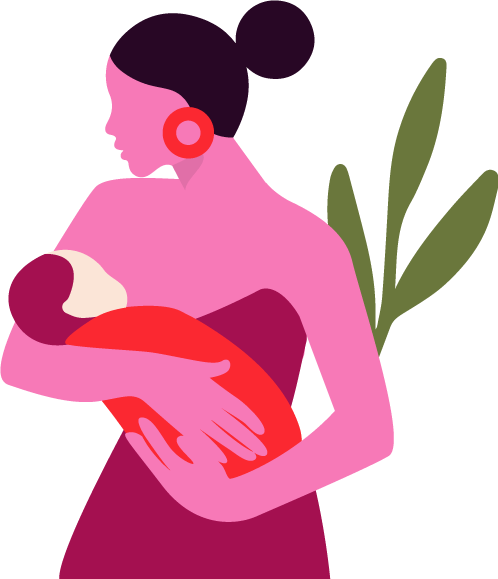 That means in developing countries without a safe water supply, the World Health Organization recommends that HIV-positive women breastfeed if they can access antiretroviral treatments.

Download the community resource Breastfeeding for women living with HIV in Australia, published by NAPWHA and Positive Women Victoria in 2021. 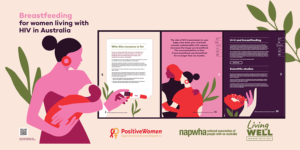 Taking HIV medication and having an undetectable viral load can also reduce the risk of HIV transmission from a mother to a baby during breastfeeding to extremely low levels. However, from what we know from studies, it does not reduce the risk completely to a zero risk. Part of the reason may be that HIV can be present in breast milk even when the viral load in blood is so low that modern tests cannot pick it up. This is known as ‘undetectable.’

Formula feeding using infant formula is recommended as the safest way to feed your baby in settings such as Australia, where clean water is readily available to mix the formula into liquid. However, there is a growing recognition, both in Australia and around the world, that when a mother is taking HIV medications, has an undetectable viral load, and the right care and support from a healthcare team breastfeeding may be a reasonable option.

You do not have to disclose that you are HIV positive to justify not breastfeeding. Many women do not (or cannot) breastfeed, for a whole range of reasons. However not breastfeeding can cause some women considerable stress within their family and/or community. If you feel a sense of distress, grief or loss about not breastfeeding your baby, talking to a counsellor or to other positive women may help. If you are looking for a way to explain your actions and don’t want to disclose your HIV status to those who question your choices, you could consider offering the following explanations:

Delivery Looking after yourself post-partum